Home Travel Discovering Purpose on a Farm in South Africa

Discovering Purpose on a Farm in South Africa

On the second Wednesday third Thursday of the month, Kristin Addis from Be My Travel Muse writes a guest column featuring tips and advice on solo female travel. It’s a topic I can’t cover so I brought in an expert to share her advice.

After a day of herding cattle in the South African bush, I collapsed on the couch in the farm cottage. I’d just snake-crawled under electric fences, body to ground so close I left an impression in the earth, jumped over streams and tip-toed through marshes as I herded the cattle. They mooed, carefree, and looked at me suspiciously as I moved closer, a branch in both hands, trying to convince them I was a fence.

Three weeks earlier, I’d flown to Johannesburg with nothing but a carry-on backpack and with no idea of what to do with the two months ahead of me.

Now, after a series of chance meetings with other travelers and locals who all pointed me in the direction of Karoo, I was on The Rest Farm in the middle of the South African bush. 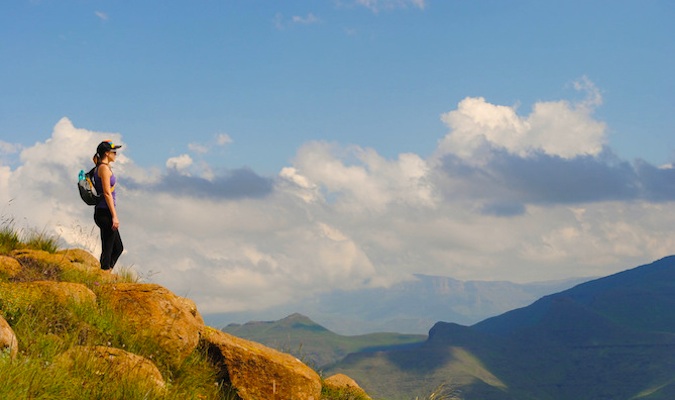 The farm is in the middle of the Karoo, an arid, rocky, mostly treeless area located in the middle of South Africa. Mostly visited by locals, it’s an overnight stop when driving from Johannesburg to Cape Town.

What appears to be a harsh, rugged environment where only the strongest survive, The Karoo is a desert. It’s arid, unspoiled, and full of snakes and massive quadrupeds that call it home. Its orange canyons and lack of development make it a thing of beauty. 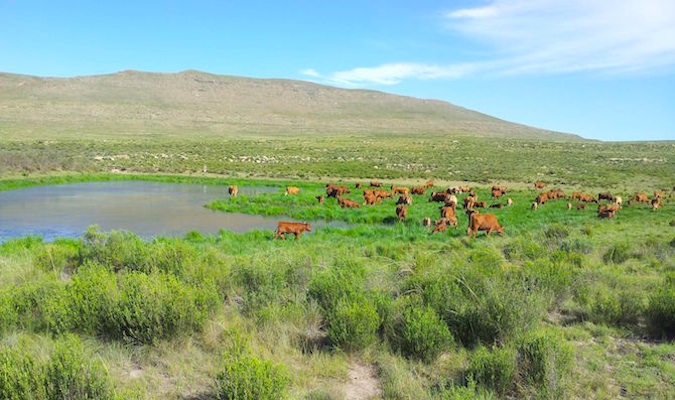 At many places on the farm, one can look in every direction and see nothing but sloping, flat-topped mountains rising out of the valleys, the occasional curly-horned and hoofed Kudu, a zebra or two, and not much of anything else. No fellow man and no structure disrupt the view.

The farm was taken over by Paula and E after Paula’s parents became too old to look after it. It has since turned into a budding guesthouse, adventure destination, and an option for those looking for a work exchange type of holiday. People from all over the world find it via workaway.info or, like me, via word of mouth.

During the day, I ate meals with the family, went for sunrise hikes, and wandered around the property’s rock labyrinths and zorse (zebra + horse) stables. Growing up in urbanized California, I felt like a farm girl for the first time in my life. 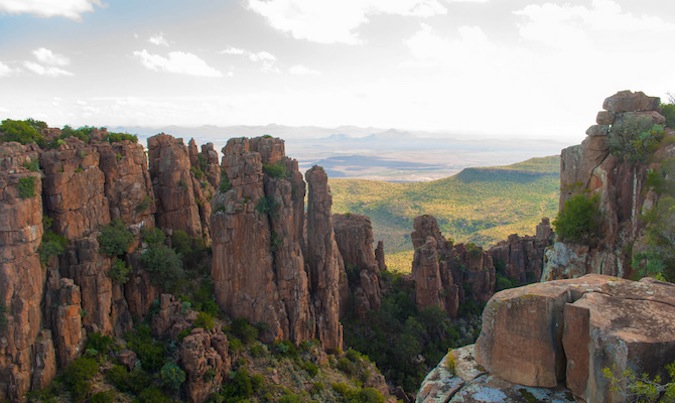 We cooked together, drank wine, and talked philosophy. I joined the family at the local tennis club for braais (BBQs), contributed to ideas for their website to promote their retreat business, and helped build a hut out of mud and other materials.

While herding cattle on the farm and helping to build what will soon be a place for spiritual workshops, I realized what I want most of life is to make a positive impact on the communities I visit. I’ve resolved to vote with my tourism dollars more and involve myself more in sustainable tourism. I want to find more ways to give back to the communities and destinations I visit. 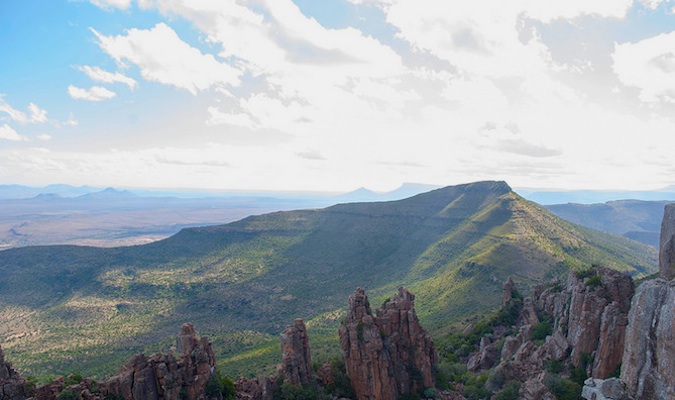 I arrived in South Africa with no idea of what lay ahead of me. Through chance, I ended up off the beaten path, meeting amazing people, getting to know local farm life, and leaving it a better place.

This is where my travels will go. Opportunities like this create a better, richer travel experience that foster the kind of cultural exchange I wanted before I went overseas. This is why going with the flow is so important. Let the road unfold naturally.

Because, one day, you are staring out at the African bush finally realizing what you really want out of life.

Kristin Addis is a former investment banker who sold all her belongings and bid California good-bye in favor of traveling solo through Asia while searching for off-the-beaten path adventures.  There’s almost nothing she won’t try and almost nowhere she won’t explore. You can find more of her musings at Be My Travel Muse or on Twitter and Facebook.

Original Article: Discovering Purpose on a Farm in South Africa