Everything You Need to Know About Using Smartphones When You Travel

On the first Tuesday of each month, Dave Dean from Too Many Adapters gives us tips and advice on travel tech and gear. He is our resident expert, trying out new products and seeing what works so you end up with gear that doesn’t break and a laptop not filled with viruses! This month’s column is about how to pick the best phone for when you travel.

As a travel tech writer, I get asked about using smartphones when we travel. The minute we head overseas with our phones, we’re hit with a confusing mess of technical jargon, expensive roaming agreements, conflicting advice and non-working gear. Trying to discuss the nuances of GSM frequency bands or iPhone unlock codes with a mobile vendor in a dusty Cambodian town isn’t my idea of fun, and I doubt it’s yours either.

Since we all want our smartphone to work when we travel, I’ve put together this guide covering everything you need to know to get your smartphone working, one way or another, when you’re on the road. It’s detailed, but hopefully not too complicated, and should save you money, time and plenty of frustration.

Will My Phone Work Overseas?

The first thing to check is whether your phone will physically work overseas. Different countries and cell companies use different technologies and frequencies, and your phone needs to be compatible with them to work. The most common cellular technology is GSM, and it’s widely used throughout much of the world. CDMA is less common, but it is used by Verizon and Sprint in the US, and a few carriers elsewhere – if your phone only supports CDMA, it’s highly unlikely to work internationally.

Even if you do have a GSM phone, though, you still need to make sure it supports the frequencies used in your destinations. For the ability to send and receive calls, texts and 3G data in most of the world, look for the words “quad band”, or the specific bands 850/900/1800/1900 MHz in the specifications. If your phone supports all four, you won’t have many issues while travelling. This page lists the exact GSM frequency details for pretty much every country.

But, don’t fret, as phones are built these days to work in multiple countries so there’s a 99% chance your phone will work overseas.

Once you’ve got that figured out, it’s on to the next hurdle: unlocking.

What’s an unlocked phone and why should I care? 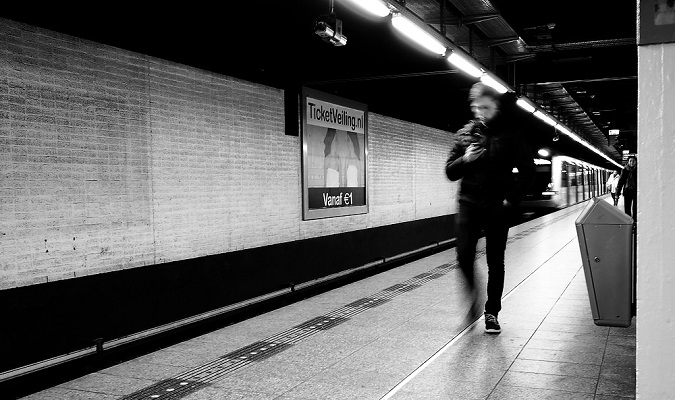 When it comes to travel, you’ll hear a lot of talk about unlocked phones, which isn’t much use if you don’t know what they are and whether you have one.

If you got a free or discounted smartphone by signing up for a service contract, there’s a chance it’s network locked (this is especially true for Americans). This means your phone company prevents your phone from being used on anything other than its own network. In a particularly shady move, some companies in the US even lock phones that you paid full price for unless you specifically bought the unlocked version.

With a locked phone, you’re stuck with paying your cell company’s roaming rates from the minute you land in your destination until you arrive back home.

Locked phones are common if you’re from the US, Australia and New Zealand, less so in Europe and Asia where paying the full price for unlocked devices is typical. If you’re not sure if your phone is unlocked, ask your cell company.

An unlocked phone is a phone that you can use anywhere in the world. You can replace the SIM card as you travel the world and put local SIM cards in as you go.

Is roaming really that bad? 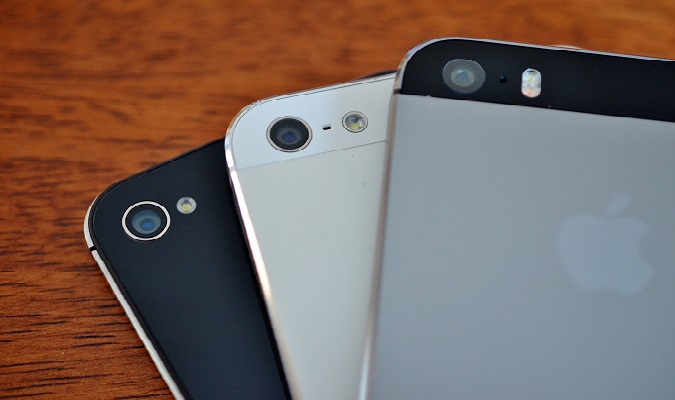 Yes, almost always. Your existing cellular plan doesn’t usually apply overseas, and you’ll typically be charged much higher rates every time you make a call, send a text or use cellular data. Not every company is out to gouge their customers, but stories of people returning home to a bill of several thousand dollars after a short international trip are far from unusual.

There are a couple of rare exceptions – T-Mobile in the US includes free SMS and (slow) data in 120+ countries as part of its Simple plan, and Three in the UK extends your calls, text and data package to 16+ other countries. If you’re not with carriers like these, roaming is an option best left for those with corporate expense accounts as even the “special” international packages are expensive and a poor value.

How do I unlock my phone? 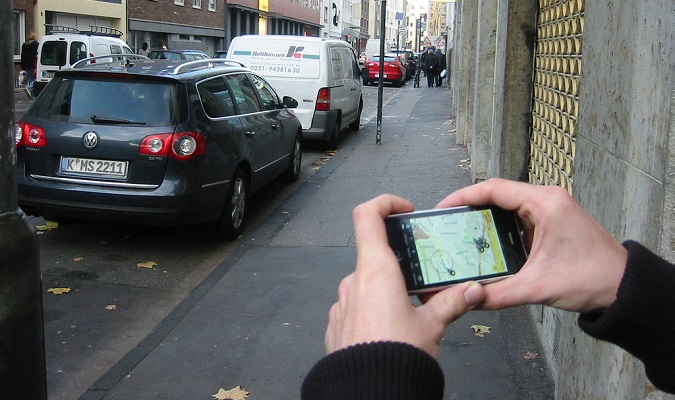 The first step is always to ask your cell company. Policies vary widely but cell companies in the US are at least legally required to unlock prepaid phones after a year, and contract phones after they’ve been paid off. This page has a good breakdown of the policies in several different countries, but even if you’re not officially eligible, it’s always worth asking.

If your carrier refuses to unlock your phone, you can always try to find the appropriate unlocking code yourself. Companies like Unlock Base sell such codes for a few dollars. They aren’t guaranteed to work for every device, but the company says it’ll return your money if there’s a problem.

The best way is to go to independent phone stores and specialized unlocking places and have someone unlock your phone for you. You can find unlock stores all around the world (especially in Southeast Asia).

My phone is unlocked. Now what? 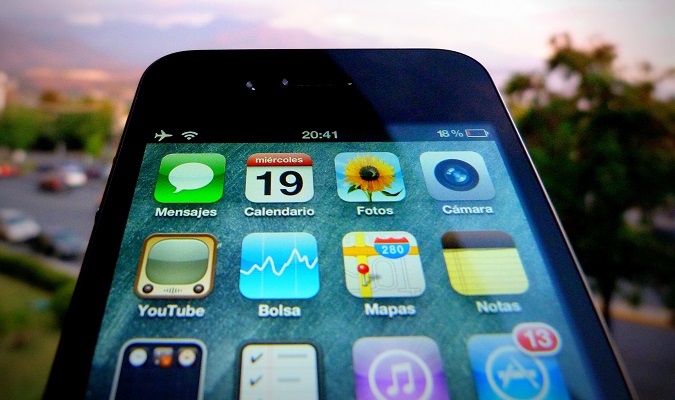 Once you have an unlocked phone, you simply buy a local SIM card in your destination. The price, approach and difficulty varies a lot, but you’ll typically end up paying between $10 and $50/month for a useful amount of calls, texts and data. Daily and weekly plans are sometimes available if you’re in a country for a shorter period.

This is an inexpensive way to stay connected with phone and data service while you travel. The downside is that you’ll have to change SIM cards every time you change countries so you end up carrying a stack of SIM cards around the world with you (though I like being reminded of all the places I’ve been!).

What if my phone won’t work, or I can’t unlock it? 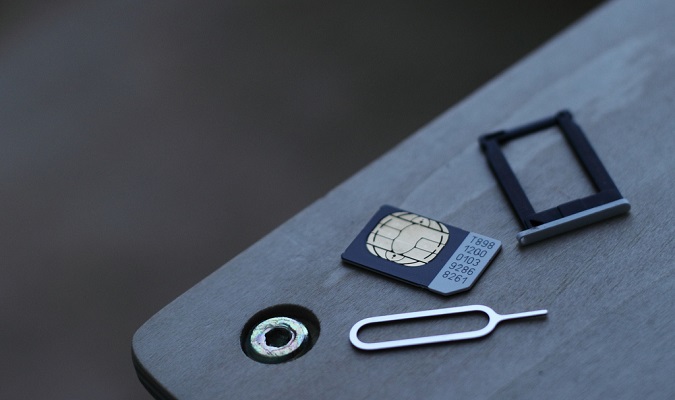 If your phone isn’t going to work overseas, or you can’t get it unlocked, you still have a few options: 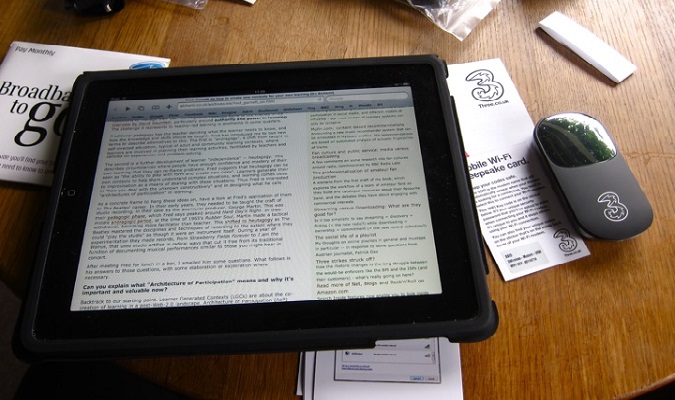 As you can tell, getting your smartphone working overseas without coming home to a huge bill isn’t always a straightforward task. You need to do some leg work – at a minimum, you need to know where you’re planning to go, the exact specifications of your phone and the details of any contract you have for it. Expect to spend some time talking to your cell company, no matter how painful it’s likely to be. Sorry about that.

With a bit of time, money and effort up front, though, you’ll know exactly what options you’ve got when you’re on the road, and can prepare for most eventualities. Do your research, avoid the rip-offs, have the right gear with you, and you’ll still be able to have an affordable, connected trip with smartphone in hand.

Dave runs Too Many Adapters, a site devoted to technology for travellers. A geek as long as he can remember, he worked in IT for fifteen years. Now based out of a backpack long term, Dave writes about travel and tech from anywhere with half-decent Internet and a great view.  You can also find him talking about the life of a long-term traveller at What’s Dave Doing?

The post Everything You Need to Know About Using Smartphones When You Travel appeared first on Nomadic Matt’s Travel Site.

Original Article: Everything You Need to Know About Using Smartphones When You Travel